A light that is both minimalist and playful thanks to the technique of folding the material of brass. Each of the facets really highlight the material. The pendant, with an oval and conical design, can accommodate three or five opal glass balls.

In the same collection, see the IP24 wall lamp. 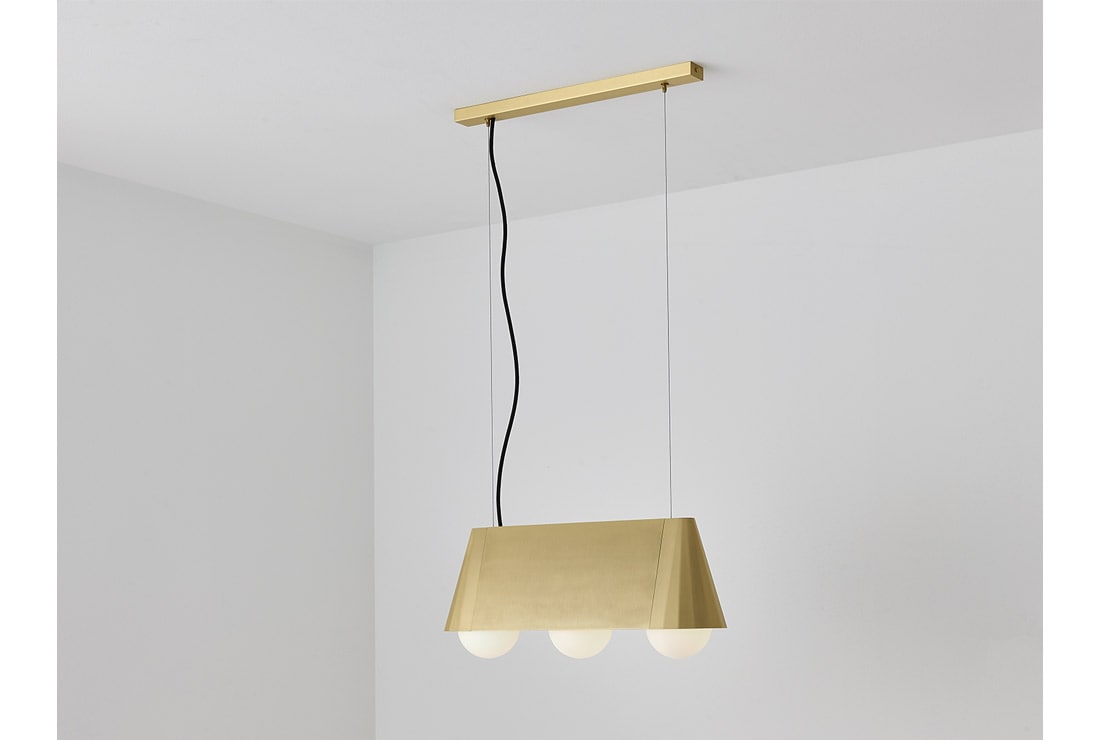 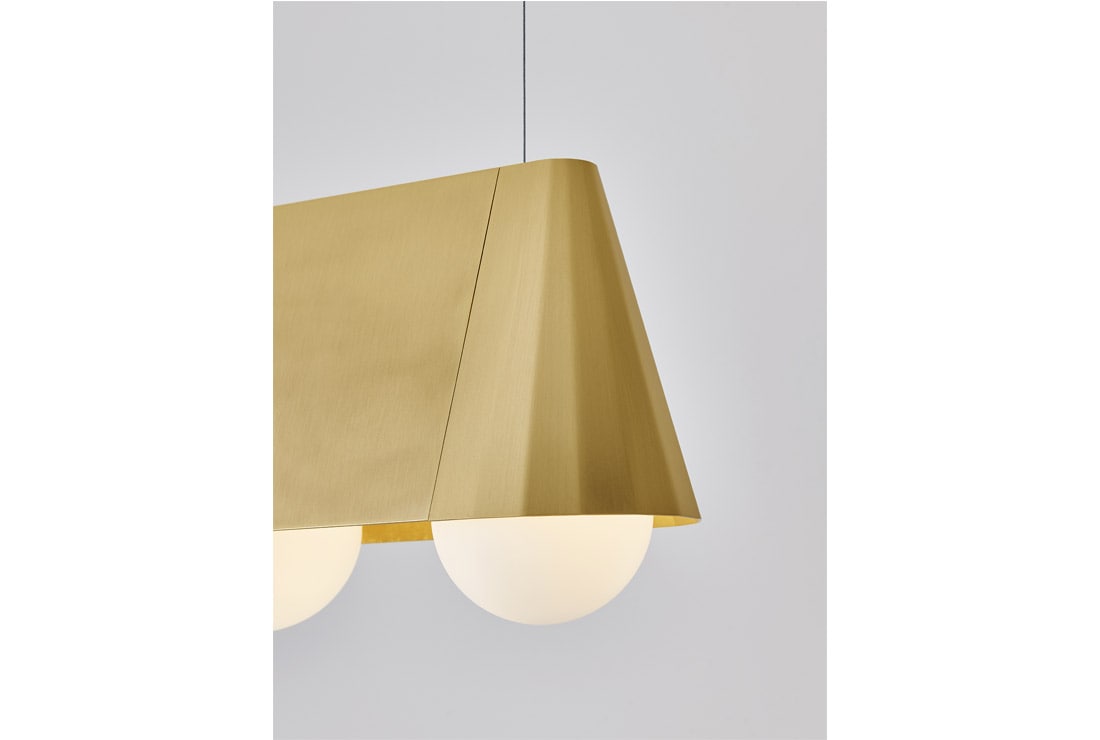 From the same designer

The Parisian design studio, founded in 2011 by Léa Padovani and Sébastien Kieffer, intervenes in as many domains as furniture, environment, and interior architecture. The duo POOL studies its creations in a global context, either when signing their own collections or collaborating with other workshops and manufacturers. The geographical composition where forms and colors end up as radical volumes, is the signature of Pool transdisciplinary tandem. Passionate by the know-how of craftsmen and art manufacturers and by human connections, they often act as artistic directors, a role they have had since 2017 for CVL. 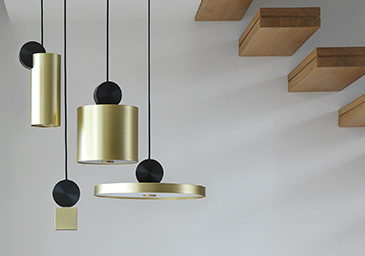 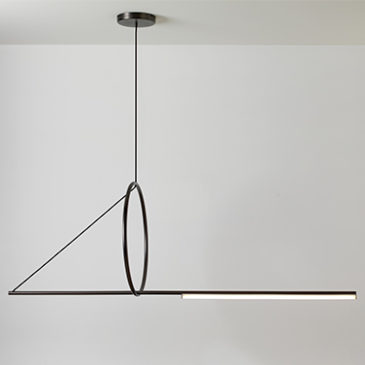 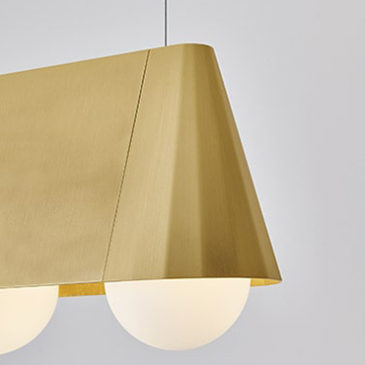